How to weave history into your book 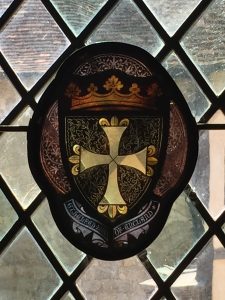 This article was first published on the Books and Me Blog of Ivy Logan. Ivy’s blog is packed full of brilliant advice – so if you are looking for inspiration just click the link to find all you need… Here in the meantime is my blog on weaving history into a book.

Every character in a book has a history. They are a product of it and it is part of them. It can be a completely fictional character or, as in a semi–autobiographical novel, based partially on facts uncovered through research.

History, either personal or chronicled, grounds a character in time, memory and identity. These overlap like rings to form patterns that your reader identifies with, directly and empathetically. It brings the character to life, and enables your reader to share their journey, their ups and down, crises and torments, happy and sad moments.

You can weave history into a story in two distinct ways.

The first is directly through descriptive passages of places, dates and events, but you need to guard against making it a dry factual record. Edit carefully to achieve a good balance of information that doesn’t overwhelm your reader and cause them to lose interest. More interesting is to slip in information while describing a building or place as it appeared at the time your story is set. Here is a passage from a novel I wrote about a young girl about to become a wardress in Holloway Prison at the beginning of the 1900s.

“Emma stood beside her Da and looked up, eyes flitting from one to the other of the winged griffins that brooded over the gates in front of them. She wondered what storybook they copied the statues from. Must’ve been a scary one ’cause both creatures ’eld a key and shackles. The words ’Olloway Prison always set alarms ringing in her head. Now she stood before the inner gatehouse, every nerve-end in her body at attention.”

A second, more subtle and interesting technique is to place indirect clues in the narrative. For this we have many tools at our disposal. The following are four writing elements that can help to accomplish this.

Personal history – how a character dresses, their dialogue, their diet, the work they do all indicate the era a character inhabits. Your character’s sense of humour is important since jokes and things people laugh at change over time. Slang is a brilliant marker. (For example, the word ‘dolly–mop’ was used in 19th century London to indicate a part–time female prostitute.) A good example of this genre is the novel Tapestry by Philip Terry. While Terry clearly signposts when his story takes place from the title onwards, the most striking aspect is the dialogue. He couldn’t have his embroiderers talk in the language of Norman England as no one would understand it. So he invented a dialogue that evokes the period which today’s reader can make sense of. In this way, he absorbs his reader into the occupations of the women he is writing about and forces them to share their daily concerns.

Social history – the manners and customs of a character’s everyday life, their views on issues that affect them, the laws they live under, the traditions they observe can all be woven together through dialogue or events. A character walking or riding a horse to a meeting in a tavern, or drinking from a rough jug, all provide clues that help the reader enter into and experience the world you are recording.

Family history – will touch on parents, children, friends, neighbours, and the work the character or their family does. An example is the profession of ‘upholder’, a term that relates to the craft of a specific era, and whose practitioners today are known as ‘upholsterers’. Census returns can be a rich source of such information. Personal relationships are important and revealing. One passage that particularly strikes me is found in Camus’ novel The Outsider. The opening three sentences pull you up short. ‘My mother died today. Or maybe yesterday. I don’t know.’ These jejune ten words reveal in stark terms the history of a relationship.

Place history – landscape plays an integral role in forming a character as they grow within it. This incorporates elements such as the house they occupy, the countryside, their neighbours. To some extent this will overlap with social history, but it can be slipped in through a character’s thoughts. A brilliant example is the novel The Great Lover by Jill Dawson. A fictional maid encounters Rupert Brooke the poet in his home village of Grantchester, Cambridgeshire. Nellie, the maid, reveals Brooke’s growth as a poet and individual through opinions and ideas that Dawson took from his actual writings. Along the way, we get contrasts between upper- and lower–class life in Edwardian England. None of this is stated explicitly, but is revealed through the character’s reaction to where they live and the lives they lead.

The average reader will approach your book from their lived experience today. You need to capture their imagination and remove them from that mind set. You don’t want them judging your character from the lofty perch of now. You want them alongside the character, moving forward with them and identifying with their difficulties, entering into a world where chance and future hazards keep them gripped. You want your reader to feel that they are contemporary with your character to be part of their life and society. You do this by weaving the character’s history into the things they do, and how they live, talk and behave towards others.

Most of all in this process, don’t forget that writing a novel is fun and that you can be playful and honest about the fact that this is your version of events.

This entry was posted in Books, Writing and tagged Creative Writing, Writing. Bookmark the permalink.

This site uses Akismet to reduce spam. Learn how your comment data is processed.