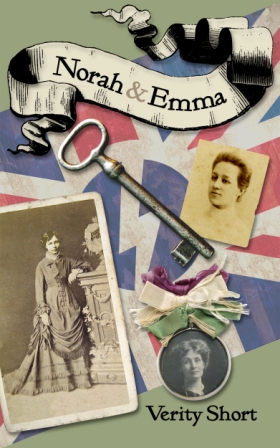 A candid and revealing story about a suffragette and her political career during the politically turbulent years of 1900-1945 in Britain.

Suffragette, animal rights campaigner, Fascist – Norah was a rebel with many causes: an enigma to her family, although not to her comrades-in-arms.

As a suffragette, she fought alongside women whose behaviour outraged Edwardian society. Today, they are remembered as brave and inspirational, but as pioneers of women’s suffrage, their struggle saw many of them imprisoned and tortured. At the same time, Norah continued a lifelong campaign for animal rights. Then, as if she didn’t have enough on her hands, in 1934 she joined the ranks of the BUF.

This fictional biography explores the personality of this energetic and impassioned campaigner. For Britain, the years 1900 to 1945 were socially and politically turbulent.  Idealisms rose and fell with the ideological tides. Norah’s fortunes rose and fell with them in her personal battle to reshape society.

But her personal life was as dramatic as her public career. Her political passions affected her family and shaped the lives of all who knew her.

Download now to read this candid and revealing story.